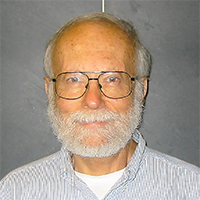 Peter Shor PhD '85 has been named the recipient of MIT's 2022-2023 James R. Killian Jr. Faculty Achievement Award, the highest honor the Institute faculty can bestow upon one of its members each academic year.

Only two other Math Dept. members have received this honor: Isadore Singer and Gian-Carlo Rota.

Read more in the MIT News.

With the International Congress of Mathematicians 2022 (ICM 2022) now a fully virtual event from July 6-14, 2022, the Department of Mathematics will host two afternoons of in-person presentations of ICM plenary and invited lectures by MIT and Harvard researchers, on June 13 and 14.

Professor Alexei Borodin is a moderator of the Satellite Coordination Group for in-person and online events created to complement the virtual ICM 2022. "I think it is very important for mathematicians to get back to face-to-face interactions after two years of the pandemic, and ICM satellites are perfect for that."

"This mini-ICM should be very interesting and will cover a wide range of mathematics!" says Dept. Head Michel Goemans.

Meeting every four years, ICMs are the largest and most significant meetings of the mathematical community, aiming to showcase the most important recent advances across all subfields.

Professor Roman Bezrukavnikov has been elected to the American Academy of Arts and Sciences.

He and six other MIT faculty members are among more than 250 leaders from academia, the arts, industry, public policy, and research elected this year by the honorary society, which is also a leading center for independent policy research.

Read more in the MIT News. 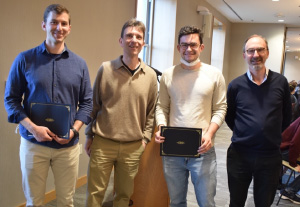 Graduate students Julius Baldauf-Lenschen and Calder Morton-Ferguson have received the 2022 Charles and Holly Housman Award for Excellence in Teaching, presented to graduate students in mathematics for their skill and dedication in undergraduate teaching.

The Math Department’s top priority is to help everyone through this unpredictable time by being flexible and understanding about the difficulties presented by the COVID-19 situation.

For information on MIT's response to COVID-19 including campus access, policies, and updates, please see the MIT COVID-19 Updates